Crystal Springs Trail: dirt, bunnies, and the sound of water 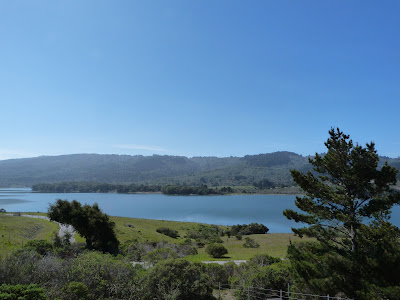 In the past whenever I've visited Crystal Springs Reservoir, I'd only ever walked on the paved trail, Sawyer Camp Trail, the one full of joggers and walkers galore, whizzing bikes, and a flotilla strollers. Sawyer Camp Trail is just north of 92--but I've always wondered about the possibility of trails south of Highway 92?

I'm not a lover of concrete, especially when I'm want to be outdoors, so it's with great pleasure I tell you about Crystal Springs Trail, a dirt trail just south of Highway 92 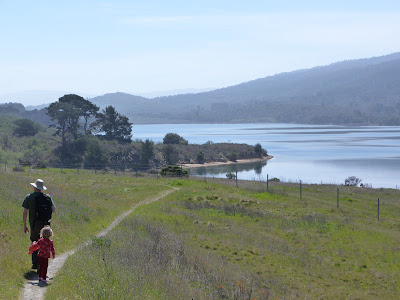 Crystal Springs Reservoir
Crystal Springs Reservoir, for those who aren't familiar with it, is right off I-280 to the west of San Mateo, just 20-something miles south of San Francisco. It's a beautiful place for a man-made lake, and its clean, blue waters come from local creeks and from as far away as Hetch Hetchy in Yosemite. The  the forests and mountainous ridge to the west are pristine without houses or roads.

This is a great place to see advection fog at work too--that incredible natural wonder where the fog slides over the hills in a thick white blanket. Come late in the afternoon or the morning for the best chances of seeing this.

Perhaps the biggest drawbacks to walking along Crystal Springs Reservoir is the continuous fence (but you start to forget about it here and there), and the droning of single-engine prop planes en route to the tiny airport in Half Moon Bay / Princeton Harbor, but these distractions are intermittent. Mostly, you see the flowers and the fields, the cottontails and the raptors, and hear the songbirds and the water hitting the shore.

This one, then, is the gem.

You can actually hear water lapping on the shore, see beaches, and get close to wildlife. During one snack break, cottontails foraged under the coyote brush while overhead hawks and vultures flew.

We only walked about a mile, past a large oak tree and a crude bench, though our map showed that 1.8 miles from where we parked was the Pulgas Water Temple, a stone structure with Greek architectural elements that was built to celebrate the fact that folks could get water all the way from Hetch Hetchy in Yosemite to here. (It's good to note that there are bathrooms at the Pulgas Water Temple.)

At this time of year, late March, there were wildflowers galore: purple colored lupine, buttercups, California golden poppies, and many more. The serpentine rocks along part of the way nurture native plants because of the chemicals they impart to the soil, and I think I saw goldfields there. We passed tons of coyote brush throughout. There was also coffee berry, oak trees, and plenty of poison oak and blackberry along the fence edges.

The trail was flat with a little undulation. An outdoors type stroller could easily traverse this, and our 3.5 year old managed to go about two miles roundtrip before self-combusting.


Directions
Drive south of San Francisco on 280 for about 22 miles. Exit at 92 heading west. Park on Canada Road, which crosses 92. You will be on the east side of the reservoir.

Park at the southwestern corner of the intersection between Canada Road and Highway 92; there are plenty of parking spaces. A narrow dirt trail swings down at either end of the parking area to the main walking trail alongside the fence.

No facilities, except at the Pulgas Water Temple.

Of particular interest to bicyclists, check out Canada Road on Sunday when it closes to motorized traffic between H-92 and Filoli (approximately 2.5 miles). It's called Bicycle Sunday, and the open road is all yours. 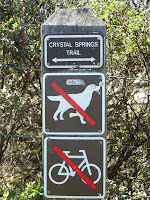 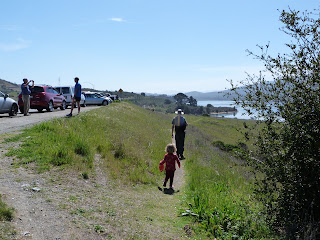 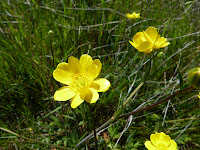 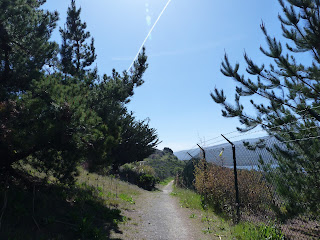 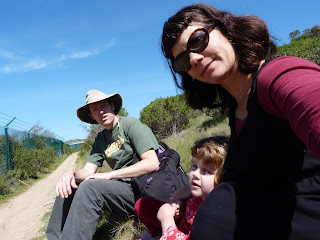 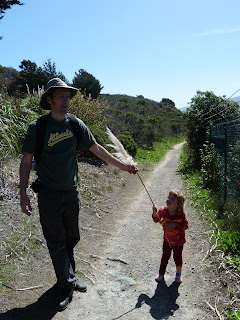 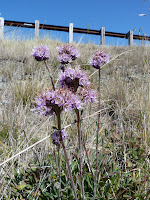 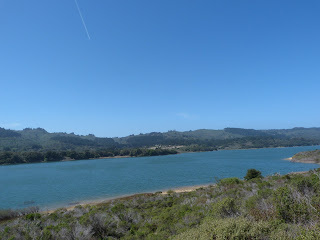 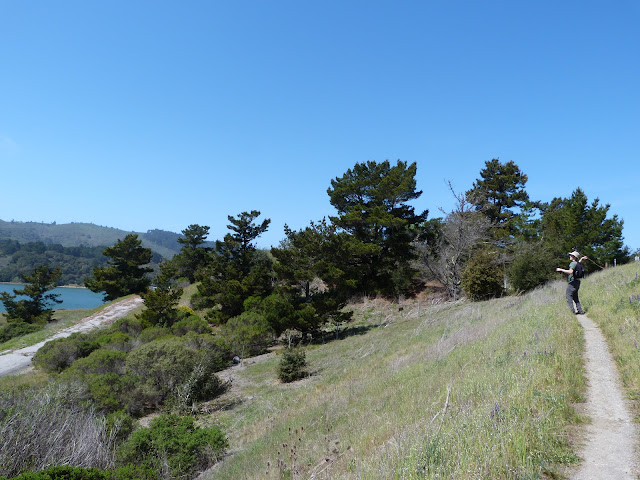