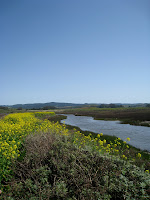 Last Friday, my mother, my friend Jeannie, her daughter Iris, my daughter Genevieve, and I went on a day trip to the seashore and marshland at Pescadero. We drove the fifty or so miles from San Francisco, listening to old reggae and talking.
Pescadero Beach runs for a mile, and is divided by a brackish river where the Pescadero and Butano Creeks run to the sea. Its southern end has awesome tide pools. 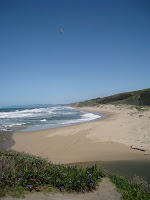 The day was sunny but a cool wind blew off the Pacific, and we bundled ourselves in sweaters as we walked along the bluffs above Pescadero Beach. There are bluffs above the tide pools, and from their heights we watched about twenty sea lions, all fat and glossy, lumbering around and sunbathing on the rocks.
Just across the highway is the Pescadero Marsh Natural Preserve, at the confluence of Pescadero Creek, Butano Creek, and the Pacific Ocean. According to one source, its 640 acres make it the biggest marsh between Monterey Bay and San Francisco. There are three relatively short trails to explore: North Pond, Sequoia Audubon, and Butano Marsh. 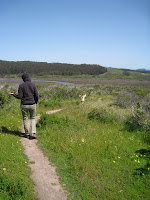 We randomly chose Butano Marsh Trail, which starts at a small, grassy parking area just a quarter mile up Pescadero Road on the left-hand side. A small sign marks the way.  The hike is only about a mile loop, and mostly flat, the highest elevation being 100 feet above sea level. Turns out, the marsh was intensely beautiful with mirror-like water, blooming flowers, and birds; plus, it was devoid of people except us.
The trail meandered downhill through bushes that grew taller as we approached the water. Birds sang in the branches—apparently there are around 250 bird species here, although we only recognized the bright blue, noisy scrub jays. (Some birds to look for include diving ducks, great blue herons, spotted sandpipers, godwits, snowy egrets, and yellow-throated warblers.) 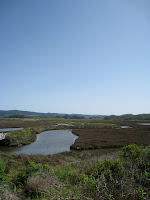 We crossed a little bridge and went onto an old dike, continuing on the serpentine path above the water and cattails. It looked like someone had been building this dike up with driftwood and planks.  Jeannie has been taking a yearlong course in permaculture and had just learned about the making of hedgerows. She pointed out the small hedgerows piled along the sides of the dike, made with wood that had washed up there. “They are created by taking all of the dead wood in the space and piling it high, in a row, and preferably on contour to the land,” she told me, and then explained that hedgerows create “animal sanctuary space by giving protection, places to perch or burrow.” The animals eat and poop in the hedgerow and, she continued, “What happens over time is the local flora is introduced, and the animal population increases, and a little land has been healed.” In the end, the topsoil is built, the hedge nourishes the crops planted along it, and less runoff enters water sources. 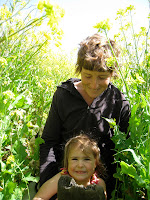 This was the most magical part of the hike, as the path became crowded with bright yellow flowers blooming at chest height. It reminded me of something from the Land of Oz. We guessed the golden, four-petaled flowers were wild radish because they looked like the ones growing in the empty lots of San Francisco except for the color of the blossom, which is purple and white in our city. They grew so thick along the dike that we had to part them before walking forward. All around, birds called and swooped and glided, and yellow motes of pollen twirled in the air.
Later we went to the small town of Pescadero to get lunch. We tried to get bowls of artichoke soup at Duarte’s Tavern, a Portuguese restaurant founded in the late 1800s, but the wait was interminable. So we walked down to the Country Store where two elderly men sat in the booths, and ordered lunch: corn chowder, salad with fresh lima beans and other vegetables from a local garden, a sandwich, and scooped ice cream for dessert. 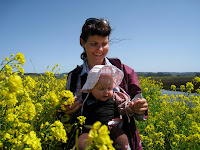 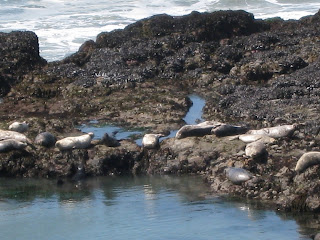 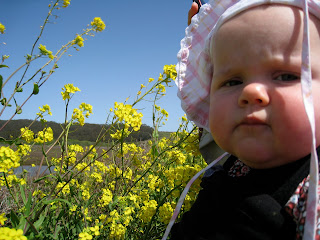 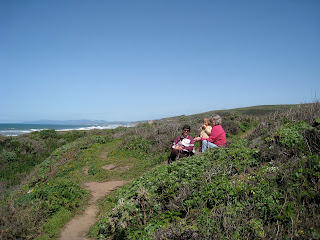 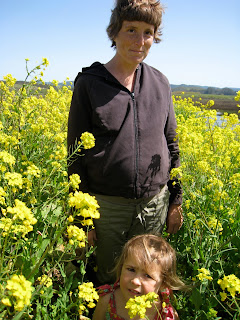 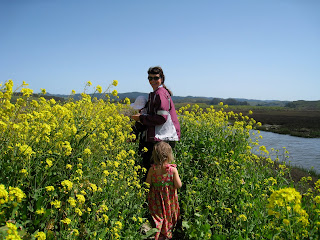 Labels: Butano Marsh Trail, Pescadero Beach, Pescadero Marsh
Newer Posts Older Posts Home
Subscribe to: Posts (Atom)
No city should be too large for a man to walk out of in a morning. ~Cyril Connolly