Fort Funston: a hike around Battery Davis and onto Ocean Beach 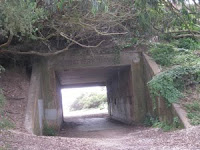 A month ago or so, we explored Fort Funston in the southwestern corner of San Francisco. It seems it had been years since I visited, and now that I'm reacquainted, I think it's an awesome place to walk in the City. There are so many interesting things to see for adults and kids—WWII barracks, hidden trails behind the bunkers, an area where hang gliders scoot off into the misty blue, and the expansive, slate-grey Pacific Ocean pounding onto Ocean Beach, littered with weird naturalia.
THE BABY FRIENDLY BITS 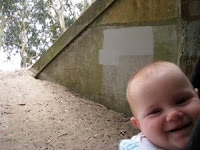 There are two main hikes, one paved and easy (three-quarters of a mile long), the other suited for babies in slings or children, up and down from the cliffs and forts, and along the Ocean Beach (two and a half miles roundtrip).
There is a drinking fountain on the trail, and very thoughtfully, a spigot and a water dish for dogs.
THE HIKES 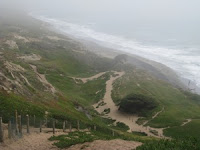 The Sunset Trail (0.75 of a mile) is paved and slightly changes in elevation, but is under trees and in the sun, next to the old bunker of Battery Davis, and is a place where dogs can leap and run around off leash. There are some very cool trails around the thickets behind Battery Davis, but some of the pathways lead right off the high cliff (don’t let your kids or dog gallop down the trails).
The Low Tide Loop Hike (2.5 miles roundtrip) is started on either end of the Sunset Trail. Look for wide, sandy pathways to the beach, the one in the north more sandy and eroded, the other in the south steeper, with steps, and a landscape of bright green ice plant and winding, sandy path down a very cool cliff face. Walk along the beach in a big loop, keeping an eye out for the sea flotsam, huge jellyfish, scads of lady bugs, sand lice. An endangered bird, the Bank Swallow, nests in the cliff faces. 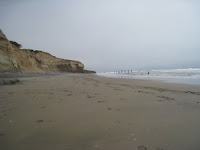 I recommend doing the whole loop of bunkers and beach.
HISTORY AND WHATNOT
Battery Davis is essentially an artificial hill built into the seaside cliffs above Ocean Beach. It’s an old heavy-caliber gun battery, built just before the Second World War, housing thirty-five soldiers in over twenty-five rooms who manned the big guns and watched the sea (no attack ever hit the west coast), and probably had a drink or two over a long game of cards. (According to an explanatory plaque, when the guns discharged, they damaged neighborhood civilian homes.)
KID ACTIVITIES 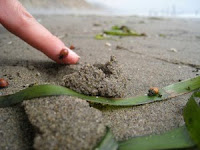 If you’re going with a child, consider making a treasure hunt list for things to find, but not keep. If they can’t read, you can draw pictures. Things in the vicinity include round stones, ladybugs, jellyfish, sand dollars, yellow or purple ice plant flowers, driftwood, black, grey, or yellow sand, pieces of plastic.
Another idea is to be a Super Trash Collector! Bring along a container or bag for collecting little pieces of plastic off the beach. Teach the kids about the horrendous plastic gyre in the Pacific, and do our part to pick up little bits of plastic that might otherwise end up in the gyre.
RELATED HIKES 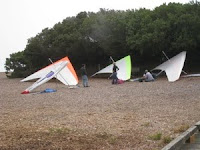 Click here for an article about hiking around Lake Merced (across the road from Fort Funston), as well as some other articles I have on Examiner.com.
MAP AND DIRECTIONS
View Larger Map 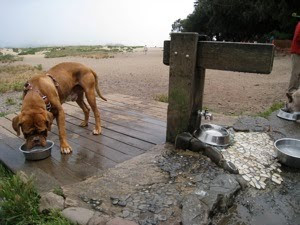 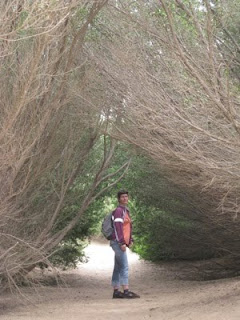 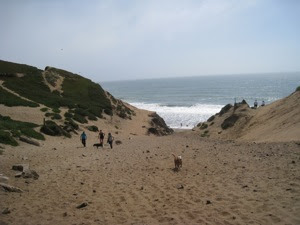 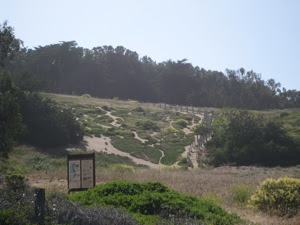 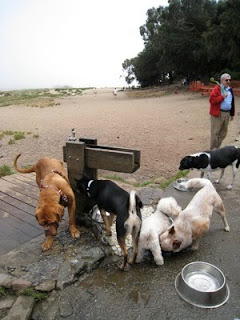 Posted by Unknown at 8:58 AM No comments: Links to this post

Labels: Fort Funston, hiking with children, Ocean Beach
Newer Posts Older Posts Home
Subscribe to: Posts (Atom)
No city should be too large for a man to walk out of in a morning. ~Cyril Connolly