Mori Point of Pacifica: submerge yourself in the aqueous environment 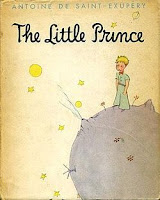 It's not too often that I feel like I'm on the cover of that old kid's book, The Little Prince, where a child is standing on a round planet in the middle of space, but Mori Point conjures the image.

Instead of the universe around my planet, it's the Pacific Ocean in front of me, and there's a view so unimpeded from north to south that one can actually see the curve of the earth.

Mori Point is a 32-acre park that was once slated to be part of a ring of highways, but now is a protected place where conservationists and recreational users are clearly hard at work and play. Red-legged frogs hang out in the wetland areas north and east of the point. There are trails that meander on flat ground and up to the top of the point, and staircases with wildflowers blooming on either side.


I've walked to Mori Point from two starting destinations: (1) from the Pacifica Pier to the north, and (2) from a trailhead at the intersection of Fairway Drive and Seaside Drive. The pier is interesting, and the walk to Mori Point is long and flat, running alongside the ocean, Laguna Salada, a freshwater marsh, and the controversial Sharp Park golf course. In contrast, the trail from Fairway and Seaside takes you right into the park, passing a pond full of red-legged frogs, willows, and native plants. 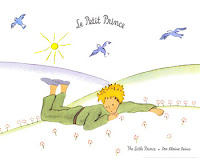 I am amazed at how there are endlessly new and sublime places to hike in the San Francisco Bay Area, places I had no idea existed although I have lived here for over three decades, and Mori Point is one of those. In late spring it is covered in a carpet of wildflowers.


I first came here a year ago with San Francisco State University oceanography professor, "Ocean Matt" Horrigan, who charges his students to "become submersed in the aqueous environment." My daughter could be carried a year ago, and now she runs down the trails, screams into the wind, and opens her eyes wide at the sight of the mighty ocean. At two and a half, she's aware of this aqueous environment, and loves it.

Mori Point is a stunning place, and not just for students of geology and oceanography, but for anyone who wants to feel like a little prince on the edge of a rock suspended above the sea.

Posted by Unknown at 9:26 AM No comments: 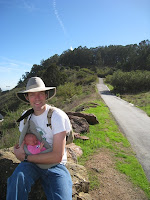 Anyone who likes to hike outdoors and who doesn't mind walking at a toddler's pace is invited to this hike around Bayview Hill on Sunday June 17th, 10 am to 12 noon. Free, easy, and probably in a park that most San Franciscans haven't explored.

We’ll meet between 9:45 and 10 o’clock at the end of Key Avenue, where a fire road begins and the regular street ends. There is a gate, which is easy to walk around, even with a stroller. Parking is fine and the Third Street light-rail stops a couple of blocks away. We start walking at 10:15; hanging with toddlers is like herding cats. You can always catch up if you run late. My intention is to be back where we started by noon, but you know how things can go with kids. 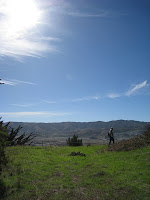 Key Avenue's fire road goes uphill for about a quarter mile. It's steep but accessible, and the view is instantaneous.  We'll pass a marshy swale where willows grow, and along the way identify the invasive plants (including edibles like wild radish and mustard) and natives like coyote brush.

At the top of Bayview is a one-mile loop on flat ground, great for walking, running, and strolling. We'll head to the right (west), stopping at a rocky outcropping to see lupines and poppies up close, and San Bruno Mountain in the distance. Further along we will pass one of the last stands, or perhaps the last stand, of a native plant called Islais cherry.

We'll picnic on a grassy field close to a WPA staircase and an old snag where hawks hang out (bring your own water and food, and maybe something to share). A picnic blanket or sheet is recommended.

Hope you can make it, and feel welcome to invite others, including people without kids, especially older folks. The more, the merrier! Email for questions or my cell.

View Larger Map
Posted by Unknown at 10:22 PM No comments:

Newer Posts Older Posts Home
Subscribe to: Posts (Atom)
No city should be too large for a man to walk out of in a morning. ~Cyril Connolly