ARUNDEL FOR KIDS
Special posting by Tiki Stew: DJ, father and all around good bloke

Arundel Castle is the perfect castle because it has all the elements of a good castle, and it wasn't a complete ruin with a small museum, like a lot of castles are. (And there was Michael Jackson there, eh? She was a woman in her sixties with a large Afro. She seemed to be white but had a very high voltage sunburn, and her jacket had loads of zips. She had orange lipstick and loads of phones.) My daughter was reluctant to go upstairs at the Keep because it was quite high but when we saw one of the guards (aka Michael Jackson), her fear turned to laughter. (I think Michael twigged, but rather than lose her job she kept schtunned, and we beat it.)


NOT TO MISS for KIDS
AMENITIES
The castle had the best toilets ever, with hot and cold running water. The thing I liked about it, was the toilets, the cafe, the gift shop was all still in the castle. And the kids loved the chocolate cake.


ARUNDEL CASTLE
Special posting by SARA KERRY
It is a proper castle with proper turrets and amazing gardens [note from Tiki Stew: not "Tourette's" that is, but "turrets"]. I think it is a great for anyone who wants a day out in Sussex because it has brilliant landscaped, ornamental gardens. We actually ran out of time---it closed before we were finished. There is also some impressive fine art because they had Canaletto and Gainsborough landscapes and portraits. I liked the juxtaposition of the old and new, including the family history with new family photos along with the old shit.

In the distance Arundel Castle looks absolutely fairy tale, almost unreal.  That one family would inhabit such a place seems ridiculously posh.  Apparently they open it up to the public tours to help maintain the vast property.  There must be a square mile of furniture, flooring and fittings to dust, sweep and polish.  Just living there would cause one to get the recommended daily allowance of walking.  Just popping down for a little snooker in the billiards room from any of the bedrooms is a several minute stroll.  It's beautifully appointed, but I can't imagine living there.  Maybe it's just my proletariat blood, but there's little about the place that says `cozy'.  It's a bit like living in vast museum devoted to the decorative arts.


THE HISTORY BEHIND ARUNDEL CASTLE
Special posting by Laura Jane Waters,
authentic British lady and history geek
The castle was founded in 1067 by Roger de Montgomery, one of William the Conqueror's most loyal supporters. He had been rewarded for his support during the successful Norman invasion of 1066 with lands covering a third of the county of Sussex and the Earldom of Arundel, with the stipulation that he built a castle close to the mouth of the River Arun to protect the coast from attack. The original castle was a motte and bailey (mound and courtyard) with a wooden keep (tower) built high up on the motte.
Earl Roger's son Robert inherited the castle and Earldom and fought against the next king, Henry I. The king retook Arundel Castle and banished the Earl to Normandy. When Henry I died, his wife remarried and the castle passed into the Albini family. They rebuilt the Keep in stone in 1138. On her death Henry II inherited the estate and built the main castle.  Arundel remained in the Albini family until the 13th century when it passed through marriage to the Fitzalan family. In the 16th century Henry Fitzalan, 12th Earl of Arundel, was the last of his line and when his daughter married Thomas Howard, 4th Duke of Norfolk, Arundel Castle passed to the Howard family where it has since remained.
The Fitzalan Chapel and Barbican (gatehouse) can be found in the castle grounds - they were built in the 1380s.  During the English Civil War (1640s) cannons were placed on the roof of the chapel by the parliamentarian forces (supporters of the government against the Royalists, who were loyal to the King). The barbican was damaged by cannon balls. The castle was eventually taken and parts of it were blown up when the troops left in 1653. Massive restoration was undertaken in the 19th century.
DON'T MISS 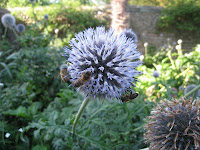 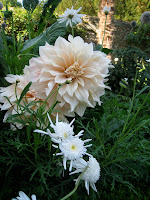 
Consider the following points of interest for Hill Babies in the area:

Posted by Unknown at 2:28 PM No comments: Links to this post 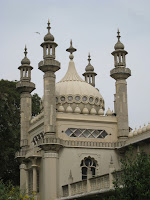 HISTORY OF THE ROYAL PAVILION
The Prince of Wales (b.1762) first came to Brighton in 1783 to escape from the restrictive court of his father King George III. He enjoyed the relaxed atmosphere of the small town, and rented a house there for the following few social seasons. By 1786-7 he had commissioned an architect, Henry Holland, to convert and extend a farmhouse in the centre of town. From 1801-4 it was further extended and the interior was redecorated. Finally between 1815 and 1823 it was almost totally rebuilt and redecorated in the Indian and Chinese style by architect John Nash and interior decorators Frederick Crace and Robert Jones.


The Prince finally became King George IV in 1821 but by then he was in ill-health and spending most of his time at Windsor. He died in 1830 and one of his brothers became King William IV. When he died in 1837 their niece Victoria became Queen. She visited only a few times before she purchased Osborne House on the Isle of Wight as a more private Royal Family summer home, and sold the Pavilion to the town. Most of the contents and furnishings were removed to the other royal residences and parts of the service wings were demolished. 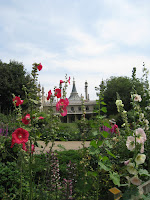 During the First World War, the Pavilion was used firstly as a military hospital for Indian soldiers injured fighting for the Empire on the Western Front and then as a hospital for limbless British troops. After the war restoration of the state rooms began in earnest, particularly under the directorship of Henry Roberts and with the support of Queen Mary who began the ongoing return and loan of some of the original contents from the Royal Collection. The Pavilion was opened to the public, largely for functions and community use, until the 1970s when it was finally devoted to its own display.

Restoration continues and the Pavilion is now Brighton's most famous and iconic landmark and visitor attraction. It is the only former Royal palace now in local government ownership, and a fine monument to Regency culture. It is the flagship site for the five museums owned by Brighton and Hove City Council.

View Larger Map
Consider the following points of interest for Hill Babies in the area:

Labels: Brighton, England, Royal Pavilion
Newer Posts Older Posts Home
Subscribe to: Posts (Atom)
No city should be too large for a man to walk out of in a morning. ~Cyril Connolly